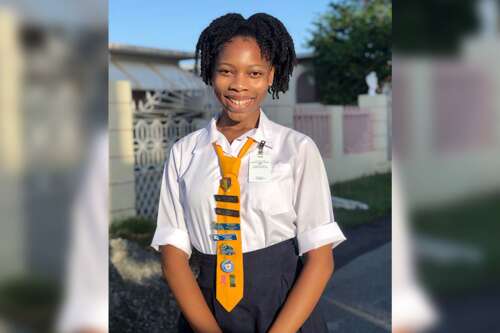 Brian Drendel honed his fishing with his parents and loved ones on trips to a family cabin on Spider Lake near Hayward, Wisconsin.

Drendel became a biology teacher at Batavia, where he grew up, attended, and struggled in high school. He was a head wrestling coach for over 10 years, then quit and started a fishing club just before the Illinois High School Association made bass fishing an activity in 2008-09.

Drendel was part of the ad hoc committee that helped IHSA set up its bass fishery.

“At the end of the meeting, we had a pretty good plan on how to move forward,” Drendel said. “It was an exciting day.”

With IHSA bass fishing, Drendel, who has coached Batavia from the start, changed the focus of the fishing club from multi-species fishing to competitive fishing.

“[Tournament fishing] is a different business from fun fishing,” he said. “Because of the weather, we changed our weather to be more competitive bass fishing.

Drendel is used to learning/adapting to fishing.

When he was young he fished the Fox River, local lakes and early Lake Shabbona, in addition to family trips to Spider Lake. He has a group of buddies who have been fishing together since high school and are looking forward to their trip to Canada, which has been delayed for three years. When he was young, he read every Fishing Facts magazine he could “get his hands on”, watched every show possible, and followed In-Fisherman.

“I did it the old-fashioned way, today the learning curve is so much faster,” Drendel said.

Learning bass fishing in high school now is more YouTube than reading. Drendel has made this adaptation in his coaching and teaching.

Asked about his proudest moment, Drendel said, “At this point, the start of the Illinois Bass Fishing Coaches Association [in 2019]. ICASSTT came out of it.

Many high school programs have grown beyond the IHSA setup, which the IBFCA, with Drendel as its first president, recognized by starting the ICASSTT (Illinois Coaches and Student State Tournament Trail).

“IHSA is good, but it’s basically one section and if you qualify, you’re going to declare, so basically two tournaments,” Drendel said.

During the lockdown, Drendel established IBFCA as a nonprofit. The ICASSTT registration fees go “100%” for trophies, organization of tournaments and fisherman’s scholarships.

ICASSTT has also adapted to the world of teenagers. Rather than pre-tournament meetings, there are digital tournament rules and digital no-go zone maps.

“Basically, we brought [tournament fishing] into the modern era,” Drendel said. “You do everything upfront and that makes our tournaments very smooth. We have smart people who know how to use Google Forms.”

ICASSTT tournaments are spread throughout the state most of the year. The championship will be around 70 boats on June 4-5 at Lake Springfield.

“Based on the numbers so far this year, we will qualify more this year,” Drendel said.

More adaptation is coming for Drendel. He is retiring as a teacher for another year, so he will step down as IBFCA president in July, while remaining on the board, to make a smooth transition.